Eager to Know How Much you Have to Pay for ASIC’s Regulatory Costs?

If you have been regulated by Australian Securities and Investments Commission (ASIC) during the 2017-18 financial year, you will be liable for ASIC’s regulatory costs for this financial year in the form of an annual levy.  You will receive your levy invoice in the next financial year (2018-19). This means it is time to start budgeting for the cost in the next year’s cash flow projections.

We know many of you have been anxiously waiting for the release of the indicative levies of ASIC’s regulatory cost recovery scheme since the introduction of the Industry Funding Model on 1 July 2017. ASIC published the 2017-18 indicative levies in late March 2018 and expects to recover $234 million for the financial year 2017-18. We have summarised the indicative levies for subsectors that are most relevant below:

* Indicative levies are estimates of ASIC cost recovery levies, based on its budgeted allocation of regulatory costs for each financial year and estimates of the population and business activity metrics for each of the 48 subsectors to which levies apply.

As you can see, some regulated entities will pay a flat levy with the regulatory costs shared equally among their counterparts operating in the same subsector, while others will pay a graduated levy which is subject to the size or level of business activity of each regulated entity in its respective subsector.

What can you expect this year? 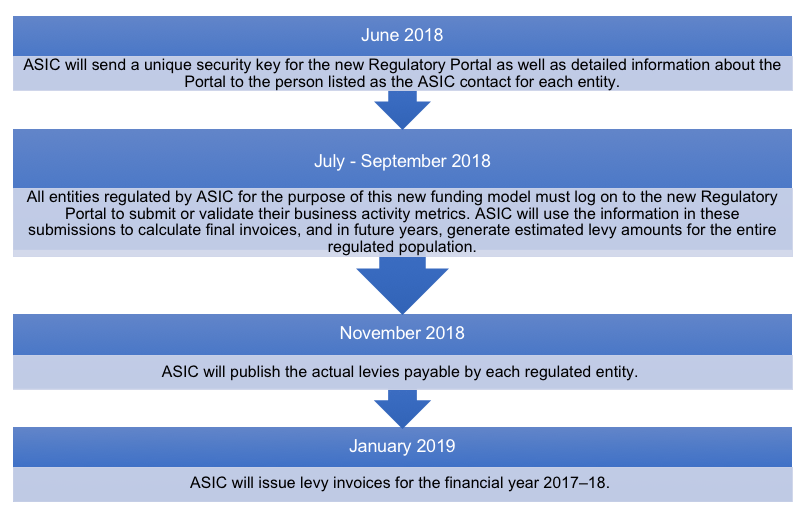 How are the Levies Calculated?

The actual levies will be calculated on the following basis:

ASIC will issue a legislative instrument setting out the regulatory costs for the previous financial year and the allocation of the costs among all the subsectors in November each year.

If you are not an Australian Financial Services Licensee or Australian Credit Licensee operating in one of the 48 subsectors, the above levies will not apply to you, however, as a small proprietary company you will receive a $4 increase in your annual company statement (currently $254 per year) from 1 July 2018 onwards.

ASIC currently obtains its funding from levying the public, with the majority of the funding coming from the fees and charges ASIC already imposes on companies as well as fees paid by individuals to obtain company information. Under the new regulatory cost recovery scheme, ASIC will substantially increase its takings from these further levies.

The Industry Funding Model (Model) introduced by the ASIC and backed by legislation was introduced on 1 July 2017, considered a regulatory milestone for ASIC. The Supervisory Cost Recovery Levy Regulations 2017 was introduced in June 2017.

The background to the Model and the notion behind the Model were previously discussed in our articles “Industry Funding Model for ASIC Moving Closer” and “The Beginning of a New Era in ASIC’s Regulatory Regime” last year.

For further information on indicative levies, please refer to http://asic.gov.au/about-asic/what-we-do/how-we-operate/asic-industry-funding/indicative-levies/.

For information on the relevant legislation, please see the below links:

If you have any further questions about ASIC’s industry funding model and what these changes mean for your business, please contact Sophie Grace directly. 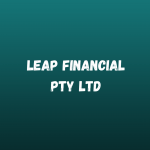 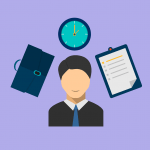 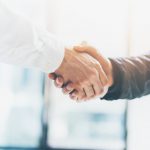 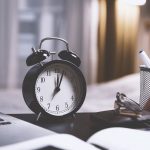 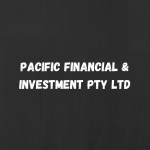 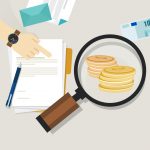